Five Common Errors We Make When Choosing a Hard Drive Whether you are on the market for a new hard or solid state drive, you are probably wondering which one you should get. Today, it is easier than ever to get confused by the wide variety of devices offered, and people who are not so ‘techy’ may drown in the sea of technical terms used by the vendors. We will try to simplify the task of choosing a proper storage device by discussing the top five errors often made when choosing a new hard drive or SSD.

If you are looking for a storage device to serve as your primary OS (Operating System) drive, please note: Windows 10 (64bit) requires around 20GB of available storage space. The additional updates required by Microsoft take as much as 10GB. Microsoft Office, Adobe tools, iTunes, and other commonly installed programs can take another 20-30 GB.

A widespread practice nowadays is to buy an SSD drive, which is known to be faster than the old-fashioned mechanical hard drive, and have your Windows run from it. By doing that, users dramatically increase the speed and the performance of their desktops and laptops. An old notebook using an SSD drive can boot and be ready to work in under 10 seconds!

If that is your goal, please make sure your newly purchased SSD is at least 120GB big. Lesser than that and you may encounter storage problems further down the line. If you are buying a mechanical hard drive, then worry not—the minimum size to be sold those days is 500GB. That’s more than enough for any operating system to run smoothly.

2. For Mechanical Hard Drives: Not Choosing the Right Speed

Buying a storage device can be confusing. The wide variety of different parameters used by the vendors is not clearly explained, and often even professional salespeople will struggle with explaining a specific term.

One of the most common terms used in mechanical drives is RPM – Rounds/Revolutions Per Minute. A mechanical drive contains internal platters that spin inside the drive. The faster they turn, the higher the RPM is, and correlatively the read/write speed from the drive. Nowadays, there are two typical RPM speeds: 5200 RPM and 7200 RPM. A 7200 RPM drive will be 33% faster than a 5200 RPM drive.

3. Not Looking at Another Critical Speed Parameter: IOPS

When analyzing the speed of your drive, you want to look at its IOPS – Input/Output Operations per Second. As the name implies, it tells us how many read/write operations per second our device is capable of handling. In general, the higher the number is, the faster your drive will work (with some caveats). Usually, the IOPS parameter is not indicated on the box, and to find it, you have to read the technical specifications on the vendors’ website.

4. Not Knowing the Expected Lifespan of Your SSD

One of the most essential parameters when looking for an SSD is TBW – Terabytes Written. The parameter indicates how many terabytes can be written onto the drive until it fails. Those numbers vary between vendors and models and can be as little as 50TB or as much as 150TB. If, for example, the user writes between 30-40 gigabytes per day, an average SSD lifespan will be about two to three years. That is still significantly lower than the lifespan of a mechanical drive and explains why SSDs are considered less reliable. A helpful tool to monitor the lifespan of your SSD drive is called “SSD Life” and can be downloaded from here.

There are only as many Flash memory makers in the world today, the most common being: Samsung, Micron Technology, SanDisk, Hynix, and Intel. Those and a few other manufacturers are responsible for building the “NAND” memory chips, which are used by the numerous SSD manufacturers worldwide.

A situation in which an expensive Kingston or Samsung SSD drive will have the same performance as less familiar “Innodisk” or “Memoright” is not very uncommon since they all use the same NAND chips. When doing proper market research and comparison, you will be pleasantly surprised to discover that sometimes, the price differences can be very substantial. 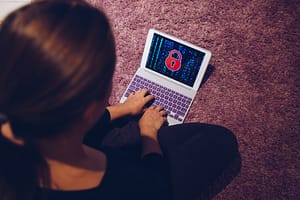